Women everywhere are asking, how is Bree Warren (that’s her above) classified as a plus-size model, and what does that mean for the rest of us?

“I can’t believe this is considered ‘plus size’. What is wrong with society?” asks one woman.

“This is plus size? Um, how? I must be a whale then,” another says.

“I’m bigger than this girl, so apparently I’m plus size also, even though I wear a medium/large. It so confusing,” the first woman laments in response.

Bree Warren has become accustomed to receiving this kind of shocked feedback when she posts photos of herself on Instagram.

The Brisbane-born, New York-based model – whose impressive list of clients include major brands such as ASOS, Nordstrom, Forever 21 and Lorna Jane – believes the confusion comes from the fact that it’s harder to tell on Instagram that she’s not your usual “straight-size” fashion model.

“I’m tall, I’m in proportion, I have wide hips, and I’m bigger than the average model but it doesn’t always translate in photos because I’m healthy and in shape,” she explains.

“I’m the first to admit that the term ‘plus size’ is pretty silly. Unfortunately, it’s an industry term for any model over a size 10.”

To put things into perspective, Bree is a size 12. The average dress size of Australian women is 14 to 16.

And that’s where the perplexity lies for those of us observing the fashion world from afar. How is it that there are only two categories of women: the skinny ones, referred to as “straight size” in the business; and then an umbrella term, “plus size”, for every other body shape and size that doesn’t squeeze into the slender mould? 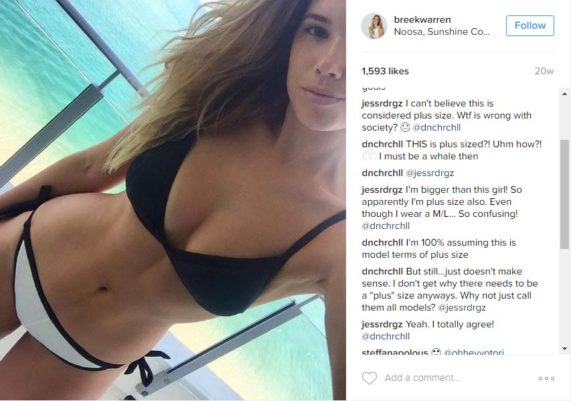 There are those in the fashion industry, such as US model Jennie Runk, who think plus-size is “just a term” and there’s “nothing negative about it” as she previously told Elle magazine. However, as the girls on Bree’s Instagram comments show, the term can be detrimental to the way we as a society perceive healthy body image. It’s creating a divide by setting up size 8 and below as the ideal, and alluding that anything above is substandard – no matter how healthy that body might be.

Body Positive Australia specialist and Special K #OwnIt ambassador Sarah Harry says it’s important to not only have more diverse bodies portrayed in the media, but to also look at the way we define health.

“If we define health just by people’s weight or their body size, it’s really limiting and not an accurate way of looking at it,” Harry says, who cites football players who will come up with a high BMI but be perfectly fit. Harry prefers to take a holistic view. This includes things such as measuring blood pressure, taking into account nourishment, mental health, the amount of rest and movement as some indicators of health rather than merely focusing on the number on the dress tag.

However, some experts aren’t keen on this diversified approach in the media. A study published late last year, called The (Ironic) Dove Effect, claims that the inclusion of plus-size models in advertising is contributing to growing obesity rates. The researchers, from Simon Fraser University in Canada, found that participants wanted to gorge on unhealthy foods and exercise less after being shown ads featuring bigger-than-average models. Why? Because, the authors claim, increased acceptance of bodies over size 10 means we’re less likely to want to be healthy.

“It’s ludicrous that a few images of normal weight women or even curvy women would cause people to gain weight,” Harry says. She explains the study authors didn’t measure the participants’ diets or levels of physical activity. 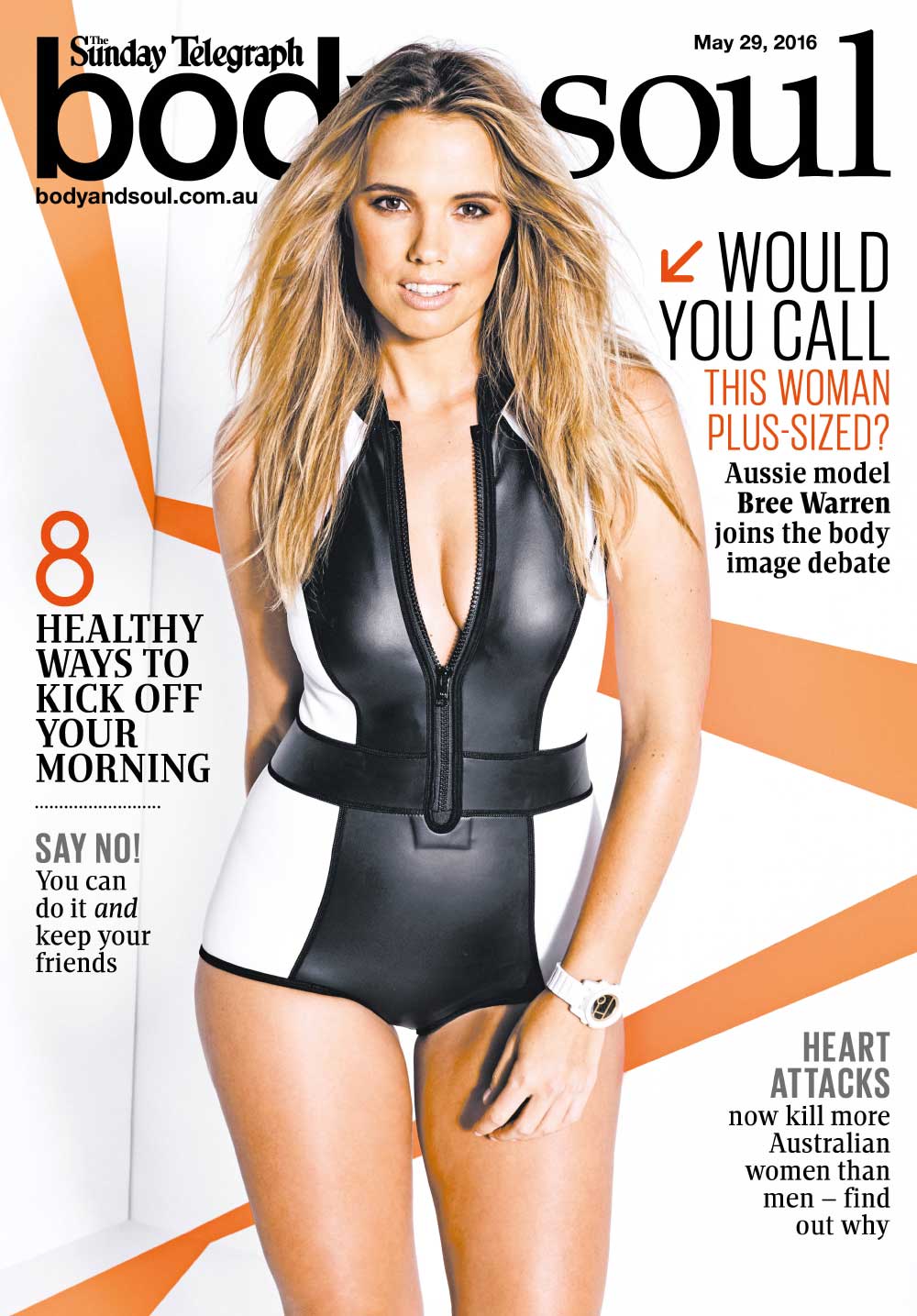 Where does that leave us?

Bree says that on the bright side, the fashion industry is changing.

“A few years ago, my job didn’t exist. There just wasn’t a space for this middle range of model. It was either one extreme or the other,” she says, citing fellow Australian model Robyn Lawley as being instrumental in opening up opportunities.

“I think mainstream brands are really starting to look at booking a model for a model, regardless of size,” she adds.

So as women like Bree and Robyn emerge in fashion, a new category of model may be established. But then, as one of her Instagram fans points out, “Why not just call them all models?”

Bree says, “I really feel that dropping the tag doesn’t eliminate the problem. What we’re trying to achieve is body diversity so that we have more shapes and sizes in fashion. Not just one.”

And if that means working under the plus-size tag, she doesn’t mind. She’s just thankful that she’s been given the chance to work. And because of her surfing bod, she’s been modelling active wear, helping to move away from the “skinny is fit” stereotype.

“Fashion for so long has only had one size in the media. It’s a step in the right direction that we’re seeing more than one body type in magazines, so that the next generation of young girls know that everyone’s created differently, and that’s OK.”

This article first appeared in the May 29 edition of body+soul.

Lizza Gebilagin is a journalist, editor and podcast producer. She has a taste for whisky and a love of boxing. Find out more or contact her. View all posts by Lizza Gebilagin